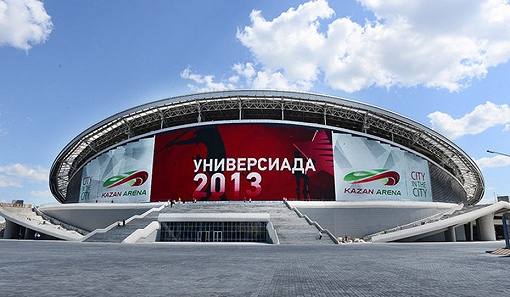 2013 KAZAN Universiade is another large-scale comprehensive World Games in Russia after afterwards Moscow Olympic in 1980. It is a good chance to prove the capacity of Russia on holding large sale sports events. Meanwhile it can do provide valuable experience for 2014 Sochi Olympic Winter Games and 2018 World Cup. This event is of great importance to Tatarstan event to Russia. So it has been paid much attention by the central government of Russia. And there has been set strict demand on suppliers for this event.

After comprehensive comparison among the global well-know LED display manufacturers, Unilumin was designated as the LED display supplier for this event. This LED display was installed on the wall of the main stadium of this event. The total screen area is about 3700 sq.m which would be used for live broadcast during the games, which provides better visual effects.