Taxi, as one of the most common vehicles, we can see it every where, even in some remote alley. It is of the features of strong flowability, wide coverage & uniform administration. All thsese features define that taxi is destined advertisement carrier. It can take the advertising messages to every one of the city.

Traditionally, the advertisements on taxi are most printed. Printed on taxi body, Posters on taxi top or back window, etc. 1 taxi can take only 1 pc of advertisement, or 3 pcs at most. It takes much time & cost to print the information, and not easy to change or remove. 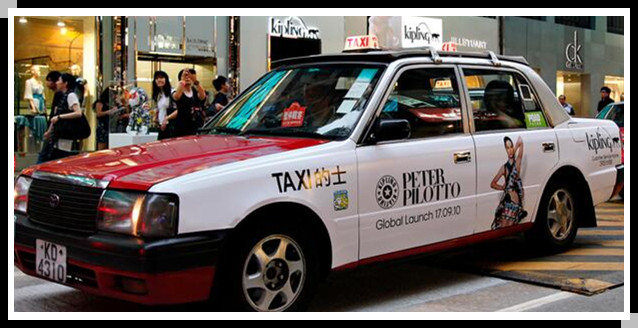 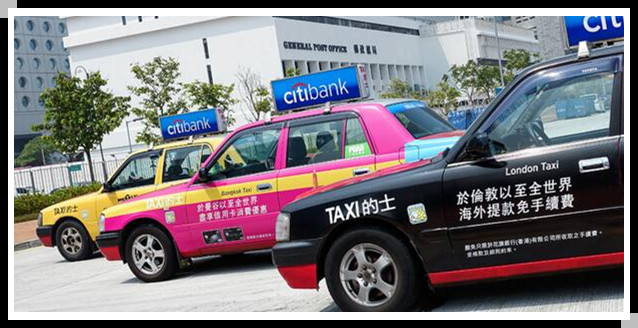 For the back side, it is completely used to play advertisements. It is remote controlled by GPRS internet connecting. Even when all the taxis are scattering at many different locations, taxi company can update the advertisements easily by computer in controlling room. And it won&rsquo;t disturb taxis&rsquo; any working.

Here are the controlling software interface as following,

From the page, we can see there are many pcs of sign listed at the left part. And the quantity can be even much more. And the right part is the advertisement list. It can be also made a lot, and group them accordingly for easy administration.

It is much more easy to administrate & broadcast large qty advertisement message to thousands of taxis.

And about the white blank part, poster printing is also available. Regularly, Taxi company&rsquo;s name or supporter&rsquo;s name are printed at the part as permanent advertising.

1, as taxi roof light sign, it improves the taxi identification
2, front side is connected with the taxi meter, playing the taxi occupied or empty, well solve passengers&rsquo; confusion
3, as carrier of advertisement, 1 sign can take over 30 pcs of advertisement. This kind of large capacity largely increases the taxi revenue of broadcasting advertisement.
4, from control room, all the taxis with the sign can be controlled remotely. It becomes easier to broadcast new advertisements, and won&rsquo;t disturb the taxis running. And there is no further cost except the GPRS. In this way, taxi company can undertake much more advertising business.
5, the controlling system is a professional advertisement broardcasting system, with the function of devices administration, advertisement administration, broadcasting time set, updating time set, real time message broadcasting, etc. It is even well satisfied professional advertising companies.